One young person Out for Good 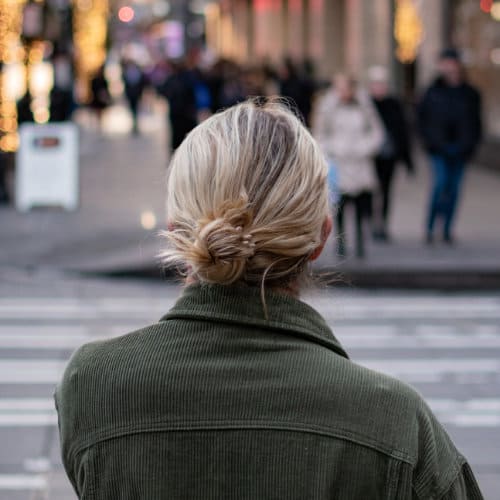 Out for Good was JobsBank’s very first demonstration project. Alongside the Department of Justice, community organisations and a cohort of employers, we worked to support young people within the justice system into jobs, also providing support for those who employed them.

For participants who secured work, the Out for Good program was life changing. Here’s a snapshot of how the program changed the life of just one participant, who, 12 months since rejoining the community, is thriving.

At 24 and in prison, Justine* knew if she continued on the path that had led her there, the rest of her life would be mapped out for her. With strong family support, she committed to making a change.

Justine was due for release from Dame Phyllis Frost Centre in March 2020. At the time, Jesuit Social Services, one of Out for Good’s key partners, were registering participants. Justine enrolled with high hopes.

As with so many plans over the past year, the opportunities originally pledged by employers were impacted by COVID-19. Undeterred, Justine kept up contact with her case  manager at Jesuit Social Services and continued to participate in pre-employment activities; gaining job readiness skills, along with tickets and licences to increase her opportunities.

In April 2020, Justine was offered a place with an Out for Good-pledged employer as a traffic controller, pending the additional licences required to do the job.

Justine’s case manager assisted her to gain the licences and she began working just a few weeks later, in May 2020. One year on, Justine is thriving, working 40+ hours per week on major rail and road projects across South Eastern Melbourne.

She is supported by her case manager at Jesuit Social Services through weekly check ins, and the friendships with new colleagues and the support of her employer are enabling Justine to truly thrive.

Giving Justine flexibility to attend parole appointments, is a small example, but the employer support she has found most valuable is to be treated with kindness, trust, and respect. Justine’s employers have created an inclusive environment where she feels safe to share her story, allowing her to bring her whole self to work.

It is this workplace culture that drives Justine’s motivation and has led to her being recognised as one of their best workers, often specifically requested for projects. Justine has gained financial independence, respect, confidence and is an inspiring role model to other youth justice clients facing barriers to work. For employers interested in participating in programs such as these, her story is a reminder that for young people exiting the justice system, as with so many people who face barriers to employment, the opportunity to work is valued as so much more than “just a job.”

Ready to make an impact?

Enquire about partnering with us today.

Fill in your details and our Engagement Team will contact you to start the journey.

Jobsbank acknowledges Aboriginal and Torres Strait Islander people as the Traditional Owners of the land on which we work. We pay our respects to their culture, their connections to Country and community, and to Elders past, present and emerging.